Graffiti has gone from vandalism to high art – and Miss Van’s graffiti art is at the top of the charts! Featured in museums around the world, this Graffiti Girl’s pictures sell for thousands of dollars!

Miss Van is a graffiti artist that has been around the graffiti scene since 1991. Born in 1973, Miss Van has been working on her craft since 1991, when she turned 18. Vanessa Alice Bensimon was born in Toulouse, France and has been in love with the art form since she was a child. Currently, she tours the world. Miss Van showcases her artwork in many countries and promotes her craft to as many people as she can.

In 1993, she finally discovered her unique techniques and her preferred medium. She is well renowned in the graffiti world and is an iconic figure for women across the world. When Miss Van hit the scene, she paved the way for women artists in France. Her medium is acrylics. Her style is very cartoonish and charming. Soft features of well rounded women are frequent themes. As is common in Europe, a lot of her paintings of women are in the nude form. This is because censorship and nudity are not as taboo for art forms as they are in other nations..

Most of these figures are of women in various moods or stages in life. Wall paintings of Miss Van’s work can be found in many places in Toulouse, but she has been hired to paint other areas as well. 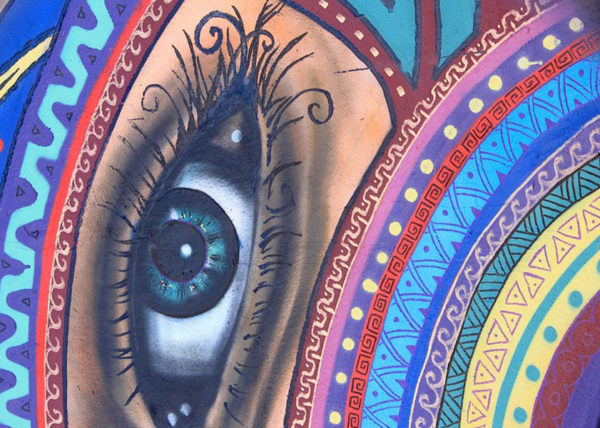